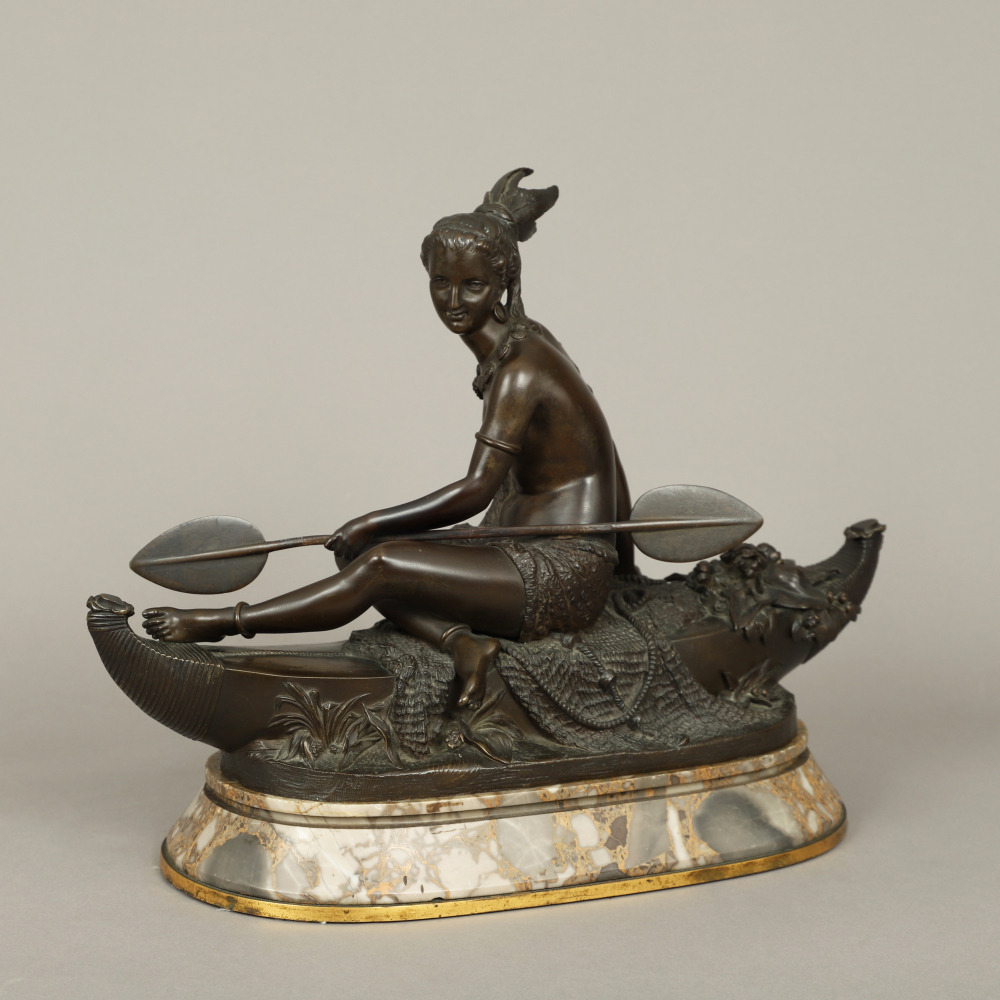 Signed: Duchioselle, French, second half of the 19th c.

Excellent condition, mounted on the original marble base.

Representing the allegory of fishing, the idealized Native American Indian female depicted represents the artistic personification of a subject which was popular for both American and European sculptures in the 19th c. Although little is known about the sculpture Duchioselle, he did supply ceiling reliefs for the Louvre and Garnier’s Opera in 1882.