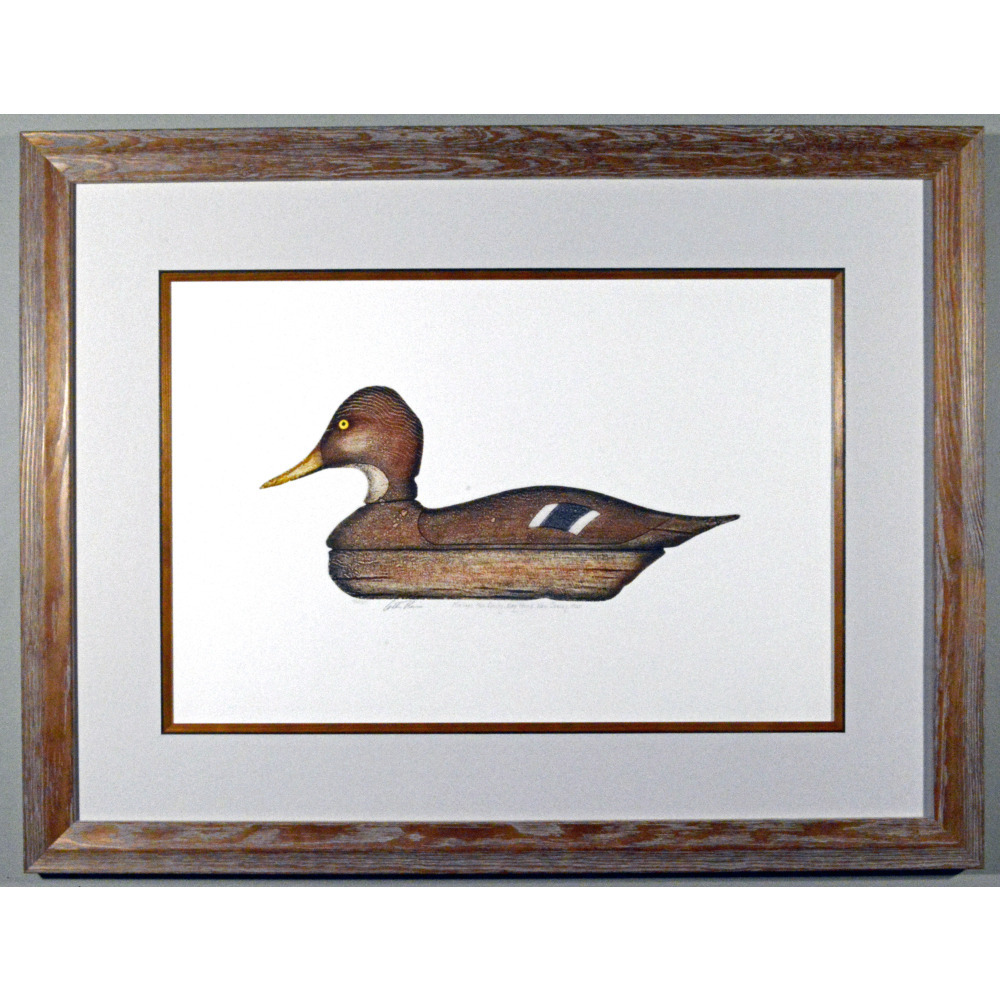 Print of A Duck Decoy,

Reference: Biography of Arthur Nevin Arthur Nevin is an artist, master printer, instructor and professional consultant for intaglio printing techniques. Nevin was educated at the University of Maryland and the University of California. Born in New York, New York in 1929, Nevin became interested in wildfowl decoys as a young boy hunting with his father in the marshlands of the eastern shore of the United States.

He was greatly influenced by the decoy collection of Joel Barber, a longtime friend of his father's and one of the earliest serious decoy collectors. Nevin has primarily confined his work to the painting and etching of native wildfowl decoys which he believes are the only truly original American art form.