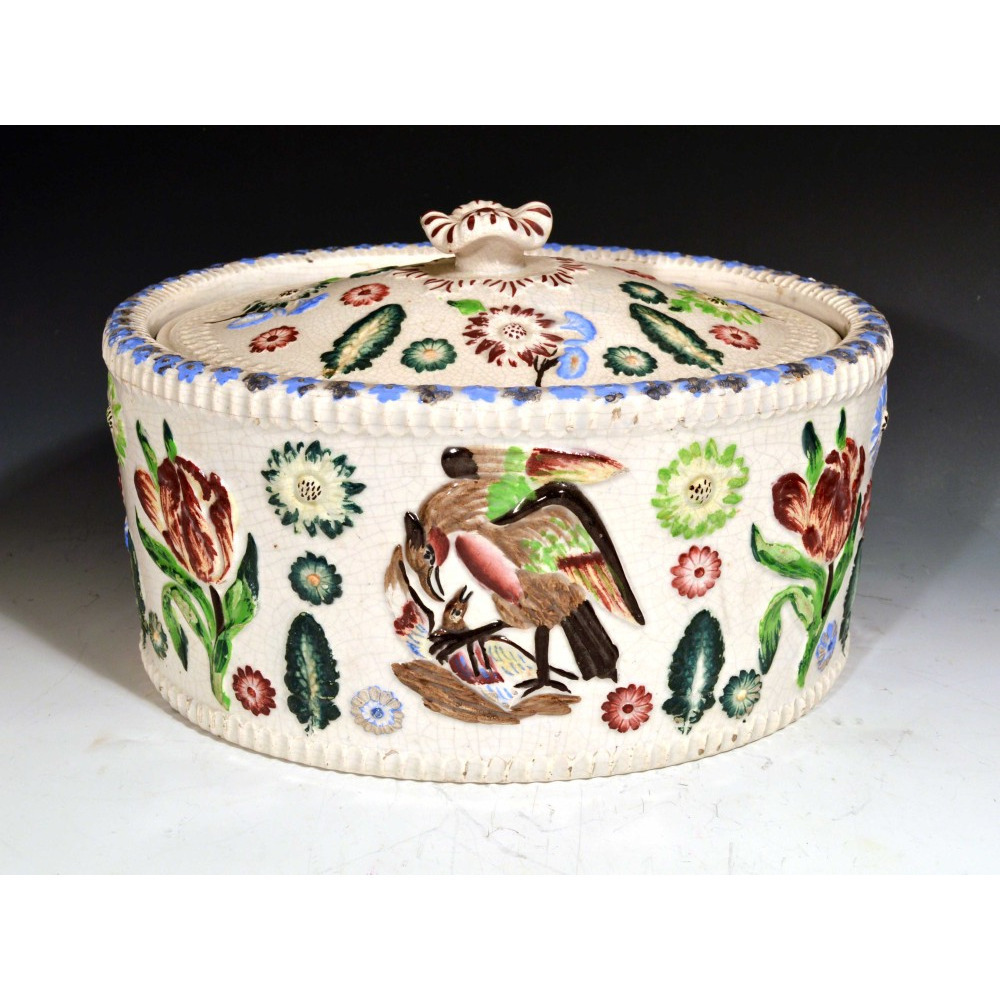 The oval game tureen and cover have painted molded mother bird and chick to the center of each side and large molded tulips to each side.  Scattered across the body and cover are other molded flowers and leaves naturalistically.

Game pie dishes became popular in the 1800s during Napoleon's blockade of British ports. Flour became scarce, game pie dishes resembling pie crust came into their own and have remained popular ever since.  William Jesse in his 1844 biography of Beau Brummel says this design was introduced in 1800 when the royal household prohibited the use of flour for pastry in their kitchens, using rice instead.