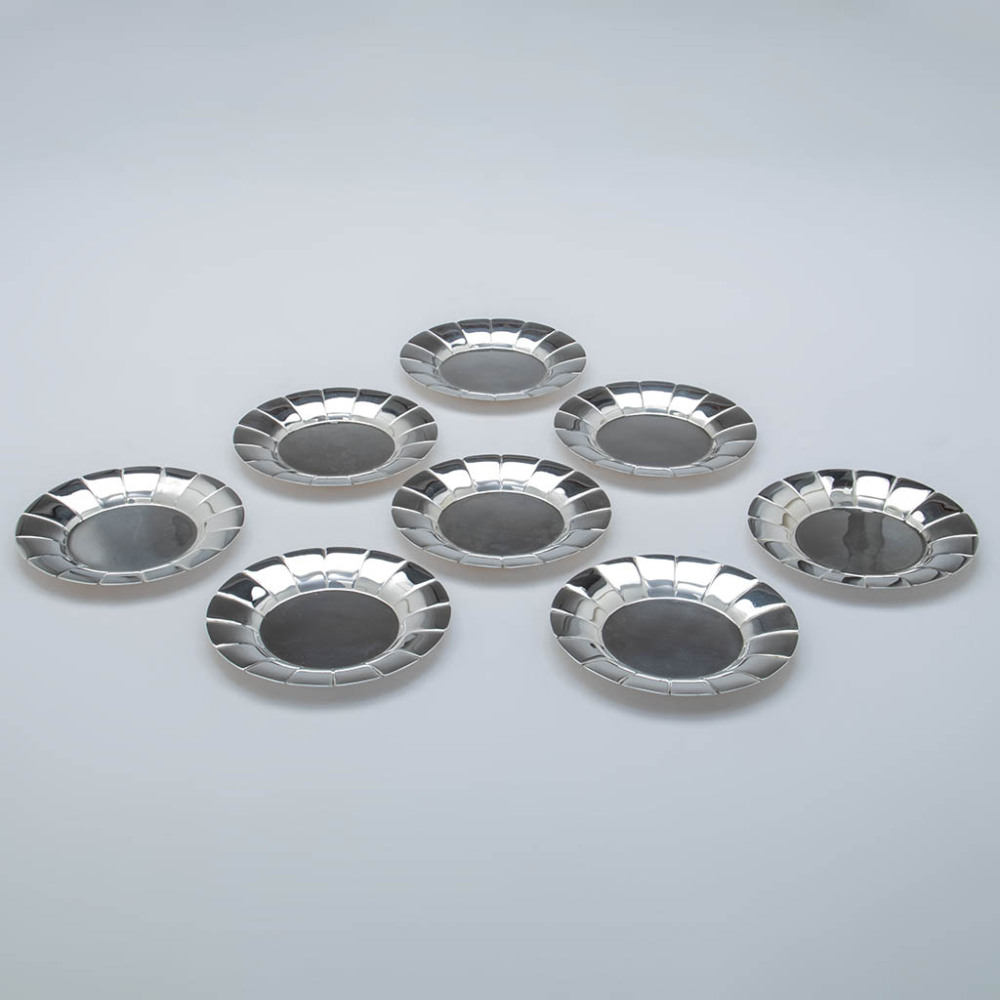 These sterling dishes are a rare set of art deco silver. Resembling flower petals, the raised rim flares outwards with incised lines defining sixteen sections. The use of these deeply incised radiating lines became a signature style of Magnussen's work. Although initially intended for bread, their size is accommodating for a variety of uses, including holding a great bottle of wine.

When Gorham was marketing this line of modern silver, the American market was not ready for it, and Gorham had a great deal of trouble selling Magnussen designed silver. As the great depression took hold, Gorham reduced retail prices and still did not sell much of Magnussen's silver. It is generally believed that Gorham eventually melted much of Magnussen's silver. It is for these reasons that today American Art Deco silver is extremely rare, very much appreciated, and highly sought after by collectors.

According to a report by Samuel Hough, a former independent researcher working with the Gorham Archives, only 24 EIV Bread & Butter Plates were ever made, and these were completed by October 27, 1927.

These stunning plates are marked underneath with Gorham's trademark along with 'GORHAM/ STERLING/ EIV' and the plane symbol date mark of 1927. They also bear Erik Magnussen's trademark. They measure just under 6 inches in diameter, weigh a total of 44.15 troy ounces, and are in very good/ excellent antique condition with light surface scratches from typical use.