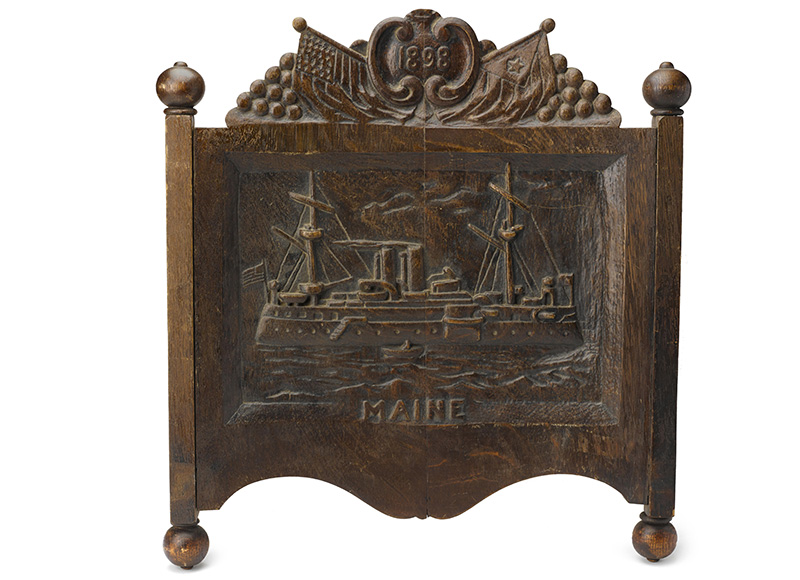 Constructed from oak, the whole is boldy carved in high relief with the armored cruiser titled "MAINE" below, the shaped top has cannonballs, the date "1898" and crossed flags. Originally a chair back, now mounted for the wall.

[from Wikipedia] The Maine is best known for her catastrophic loss in Havana Harbor on the evening of 15 February 1898. Sent to protect U.S. interests during the Cuban revolt against Spain, she exploded suddenly without warning and sank quickly, killing nearly three-quarters of her crew. The cause and responsibility for her sinking remained unclear after a board of inquiry. Nevertheless, popular opinion in the U.S., fanned by inflammatory articles printed in the "Yellow Press" by William Randolph Hearst and Joseph Pulitzer, blamed Spain. The phrase "Remember the Maine, to Hell with Spain!" became a rallying cry for action, which came with the Spanish-American War later that year. While the sinking of the Maine was not a direct cause for action, it served as a catalyst, accelerating the approach to a diplomatic impasse between the U.S. and Spain.