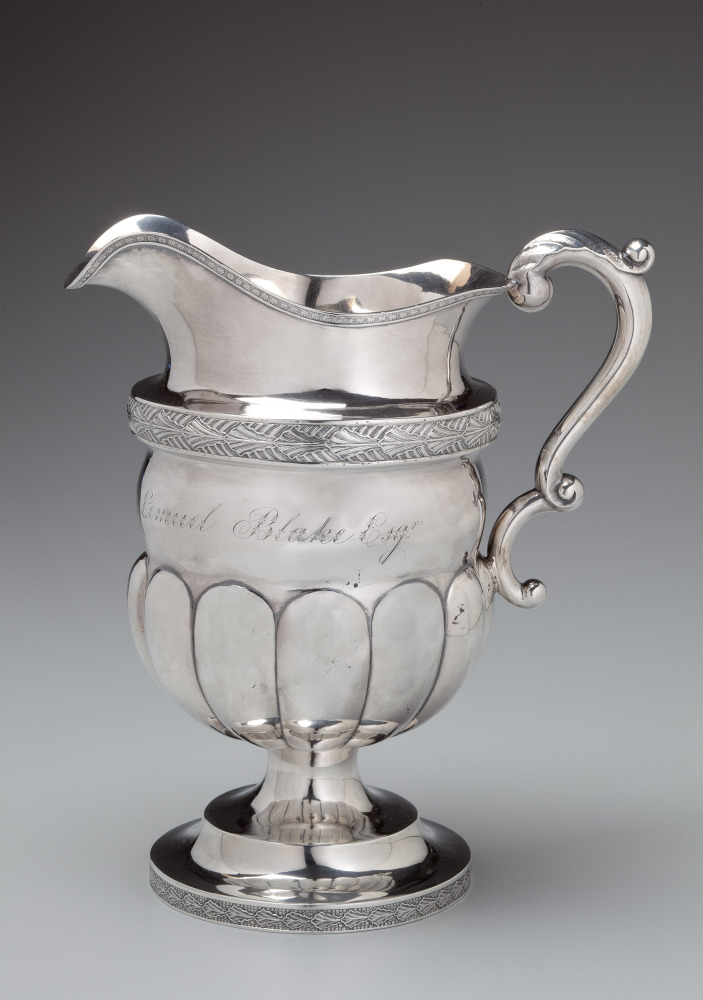 Under the base is a inscription detailing Blake's service to the Guards dated 1816, reading as follows: