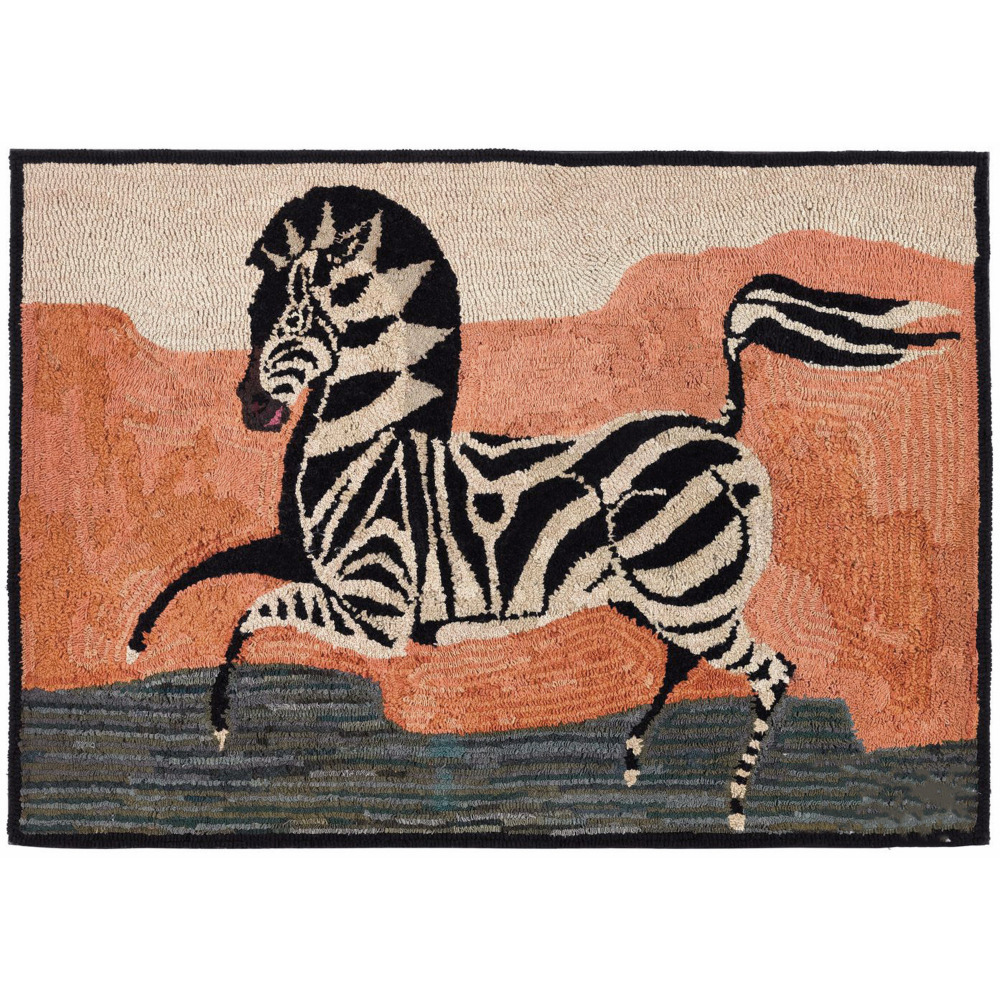 Mounted on Stretcher at top of back,,

Dramatic American folk art mounted hooked rug of a prancing Zebra depicted against bands of color-cream, orange, and a lower band of green grass. Mounted on a black fabric-covered stretcher.