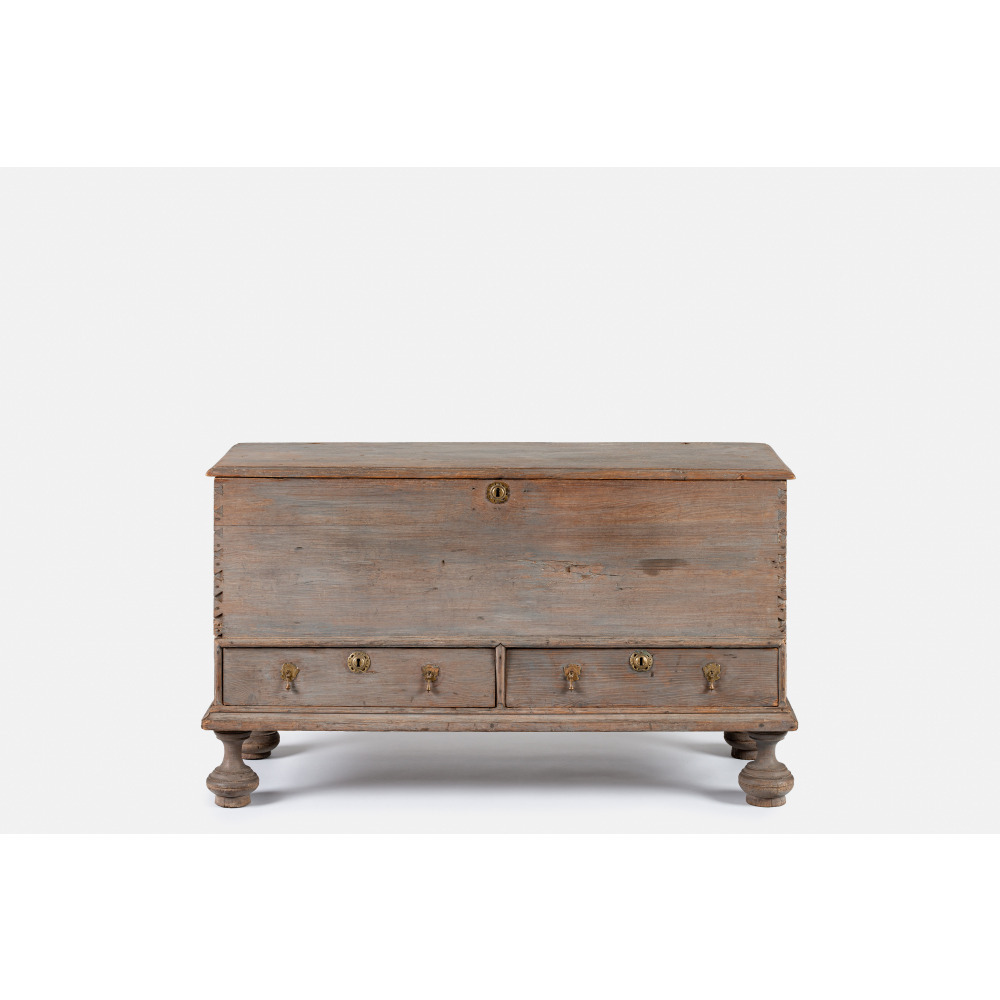 This early Philadelphia chest is an exceptionally rare survival, retaining its original iron cotter pin hinges and brass hardware. On the interior, it has an oak till compartment with two drawers. The original ball feet are attached with large threaded wooden tenons. Chest and drawers are lined with newspaper from the 1850s with advertisements from West Chester, Pennsylvania. The finish is restored based on traces of the original blue paint.

The distinctive turned feet on this chest relate to a group of furniture associated with James Bartram (1701–1771), younger brother of naturalist John Bartram. James Bartram is identified in a 1726 deed as a “joyner” and owned a set of joiner’s tools when he died. Documentary sources also reveal that he made several coffins during the 1740s. He has been identified as the possible maker of an inlaid dressing table, dated 1724, that bears the initials of his future wife Elizabeth Maris and a gate-leg table that bears both of their initials and marriage date of 1725. See Cooper and Minardi, Paint, Pattern & People: Furniture of Southeastern Pennsylvania (Winterthur, 2011), pp. 119-21.