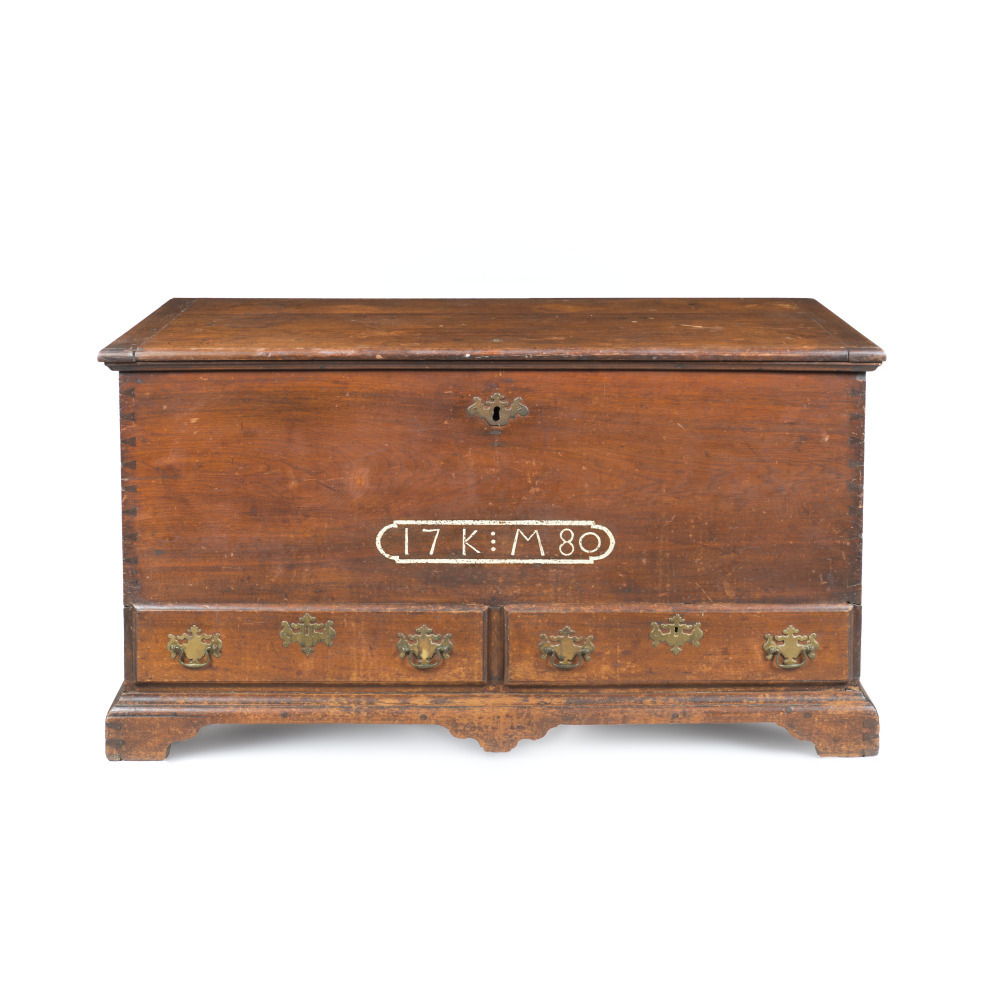 Sulfur inlay was first introduced by Germanic craftsmen working in Lancaster County during the 1760s. This chest bears the initials of the original owner, “K M,” and date of 1780 inlaid in sulfur on the facade. The interior has elaborate hinges engraved with the name “Jonathan Reier” on both hinges. Thought to be the blacksmith who made the hinges, he may be the Jonathan Reier/Reyer/Royer who is listed in the 1784 muster roll of Captain Martin Weybright’s Company from Lancaster County. He married Anna Frick, daughter of Jacob and Magdalena (Herr) Frick of Neffsville. In 1809, Jonathan Royer was living in Leacock Township, Lancaster County, when he advertised in the Lancaster Journal for a runaway servant.