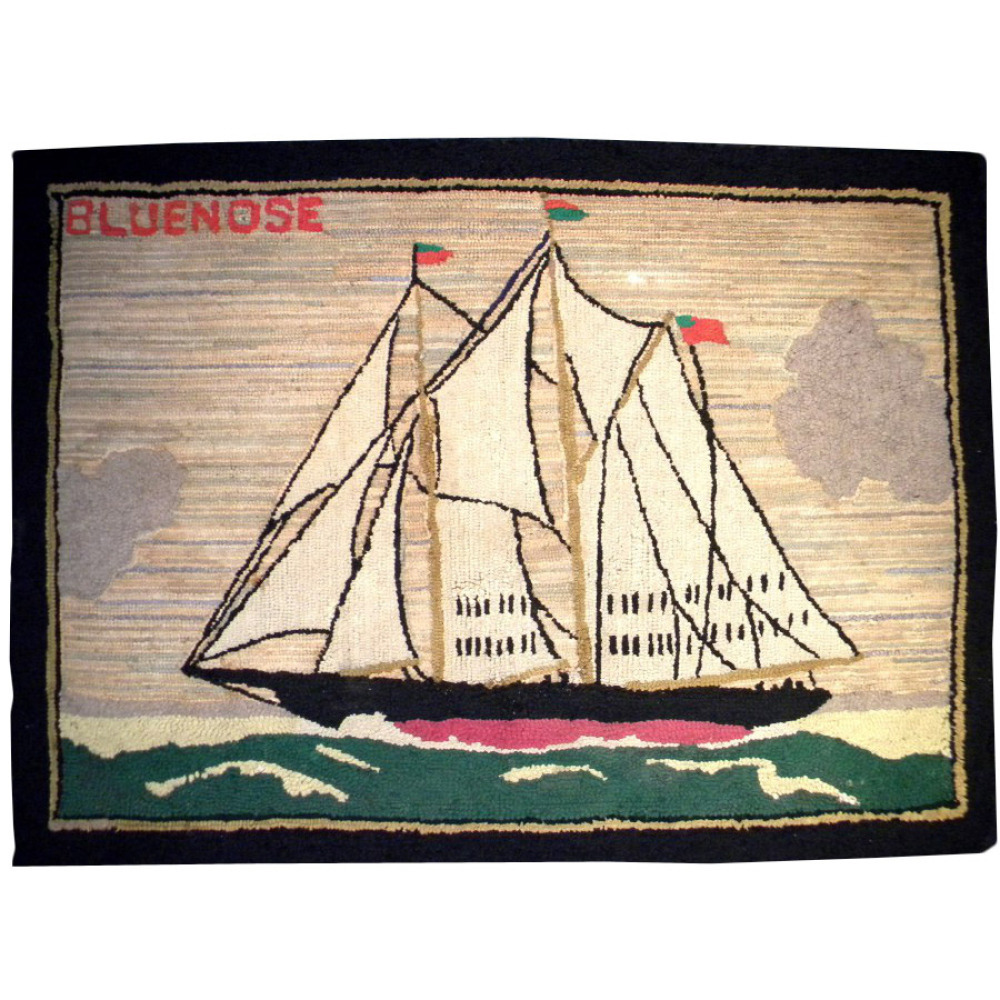 Hooked Rug of the Schooner Bluenose

An early 20th C. hooked rug of Bluenose, a famous fishing schooner from Nova Scotia. This rug pattern was made by the Garrett family of Pictou County, Nova Scotia and was called pattern #8-100. Garrett rug patterns were sold in Canada by some of Canada's best known stores and were highly sought after. The rug has been repaired and professionally mounted.