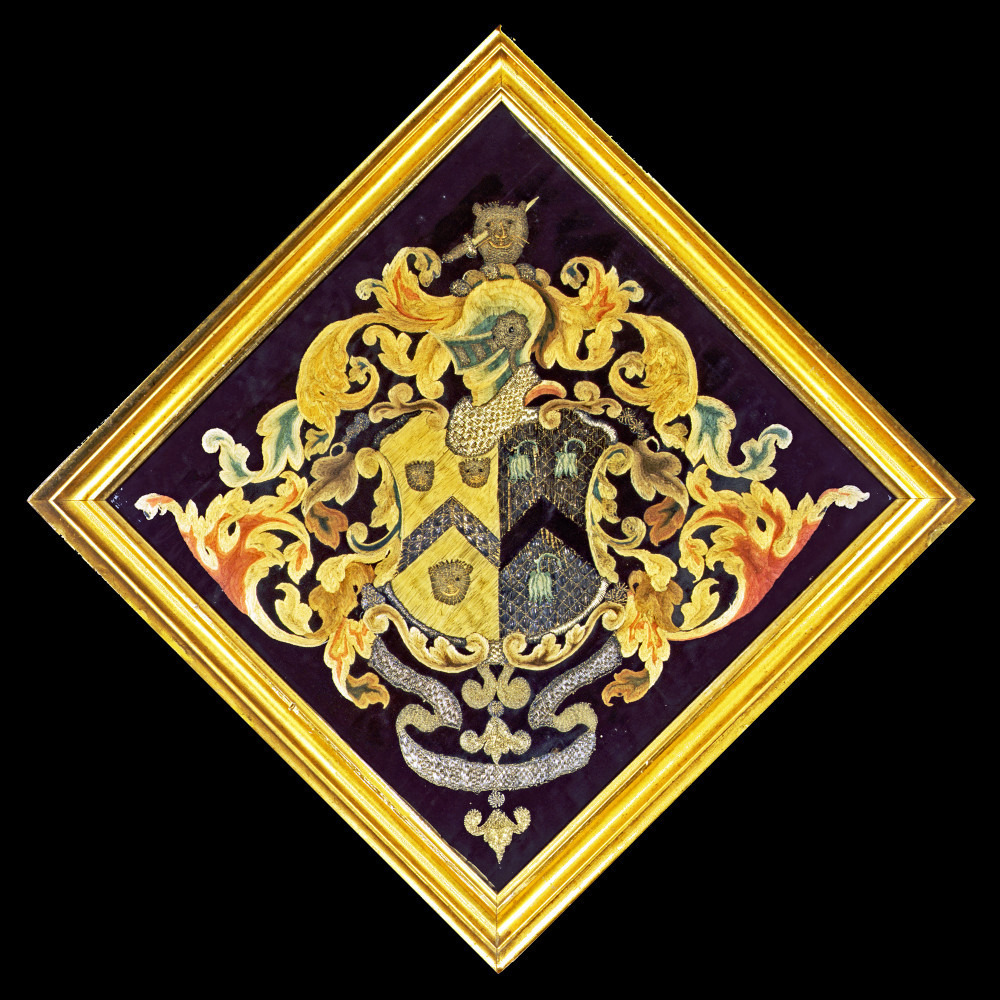 FITCH - HALL needlework Coat of Arms worked at Misses Cumingâs school in Boston c.1770 - Discovered on a deserted ship of the coast of Boston.

This needlework coat of arms was worked at the Misses Cuming’s school in Boston c.1770 by one of the daughters of Governor Thomas Fitch of Connecticut and his wife Hannah Hall.

It was discovered by Captain Nicholas Johnson, of Newburyport, in the captain's cabin of a deserted ship off the coast of New England c.1773 and descended to his great-grand daughter Margaret W. Cushing, who owned it c.1920 when it was photographed and included in Bolton & Coe.  It was next documented in 1937, in Boston, hanging top-center in a Coat of Arms exhibition, as pictured in Girlhood Embroidery by Betty Ring.  Its whereabouts was unknown from 1937 until 1999 when it was rediscovered by Stephen and Carol in a privately owned Cushing house in Newburyport, MA.