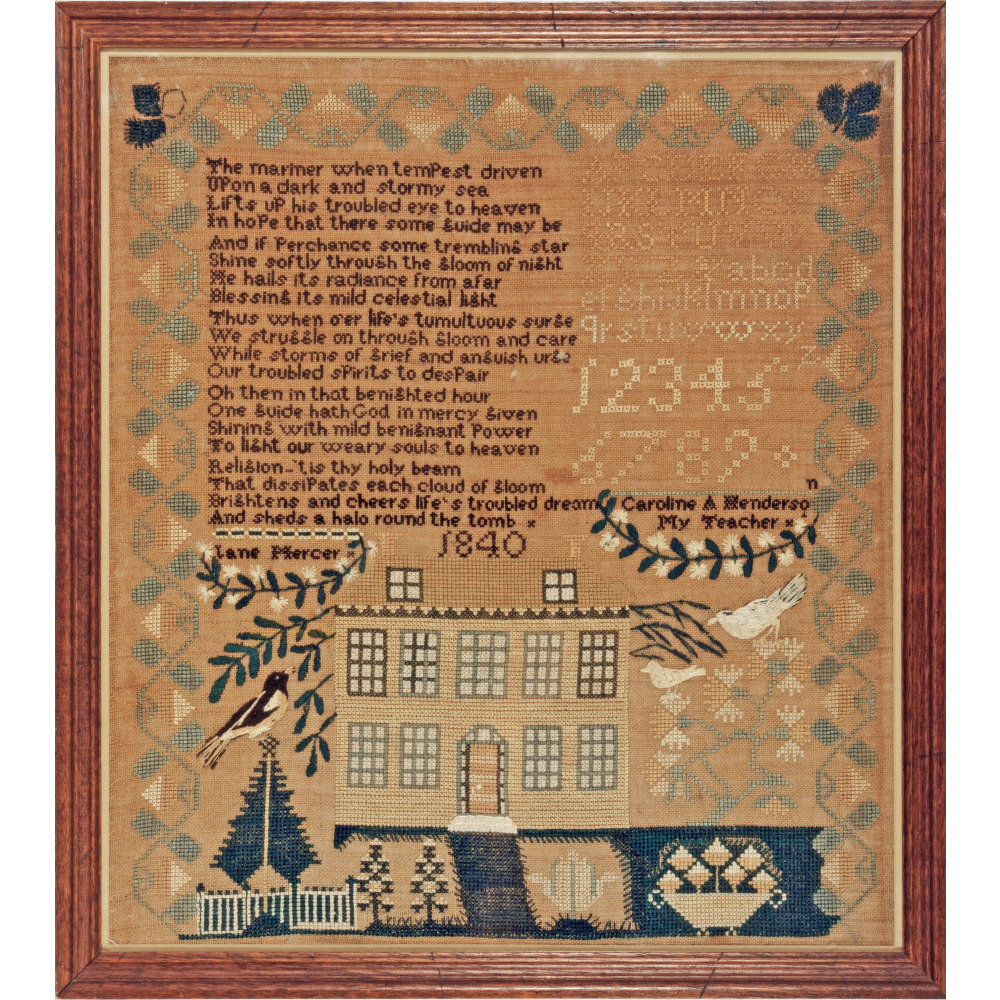 Jane (b. c1815), at age 25 worked this sampler under the instruction of Caroline Henderson age 33 (b. 1807).  In 1846 Jane married Joseph Rutherford (b. c1815), they had two sons.  The 1850 census finds Jane and Caroline living just three houses apart in Jefferson township.  From census information it appears that the two women lived their lives near each other. In the 1860 census Caroline was a widow with four children working as a school teacher and the 1880 census finds Jane Mercer Rutherford as head of household with two children, one a student, the other a farmer.